Spain has over 2.9 million acres planted, making it the most widely planted wine producing nation in the world. Major Spanish wine regions include La Rioja and Ribera del Duero which is known for their Tempranillo production; Valdepeñas, drunk by Unamuno and Hemingway, known for high quality tempranillo at low prices; Jerez in the south region of Andalusia is the home of the fortified wine Sherry; Rías Baixas in the northwest region of Galicia that is known for its white wines made from Albariño and Catalonia which includes the Cava and still wine producing regions of the Penedès as well the Priorat region. 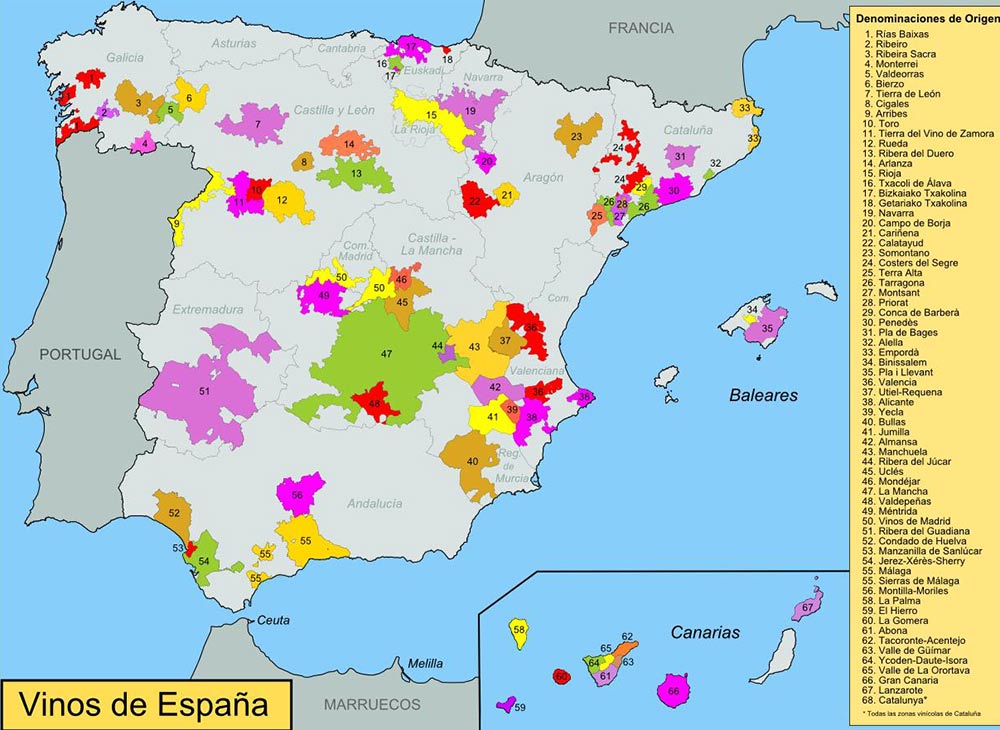